The most common of the Sutherland Tartans is “Old Sutherland.” This tartan first appeared in the ‘Vestiarium Scotium’ in 1842, although there is evidence of an earlier Sutherland tartan. In 1618 the Earl of Sutherland wrote in a letter “to remove the red and white lines from the plaids of the men, so as to bring their dress into harmony with that of the other septs.” The ancient, weathered, modern and muted color variations are considered to be a single tartan. The shades of color vary, but the basic colors and thread counts remain consistent. 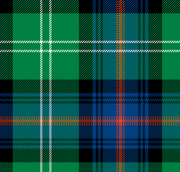 In early times, wool was dyed with plants, minerals and other natural substances. The lighter ancient colors approximate the appearance of the colors that would typically have resulted. 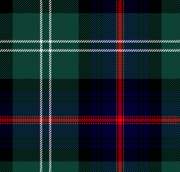 In the mid-1800’s, chemical dyes became available making it easier to achieve colors that were darker or more vivid. In the latter Victorian period, dark clothing was very popular. 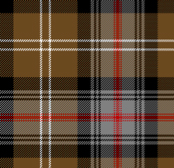 When exposed to the elements for long enough, fabric dyed with vegetable dyes would fade. The blues and greens became grays and browns. “Weathered” colors show how this would have looked. 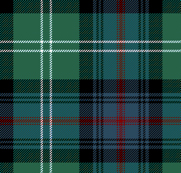 The muted colors are another more recent variation of the Old Sutherland tartan. 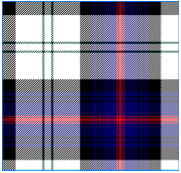 Most dress tartans include a fair amount of white. To achieve this dress tartan, the white and green in the Old Sutherland tartan have been reversed. This variation dates to about 1980. 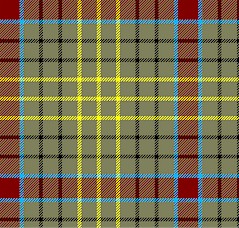 This is the oldest of the Sutherland tartans, of which one can be certain that it could have possibly been worn by members of the clan prior to 1746… Referred to today as Sutherland, it appears in a portrait of Kenneth, 3rd Lord Duffus, one of the Sutherland lairds, painted in c.1715 by Richard Waitt. 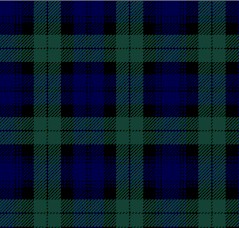 This tartan seems to have been adopted by or given to the Argyll &amp; Sutherland Highlanders upon the regiment’s raising in 1794. It may have been adopted as a family tartan by the Sutherlands in 1800 as a sample in the Cockburn Collection bears this date. 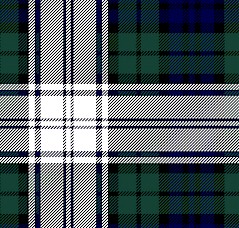 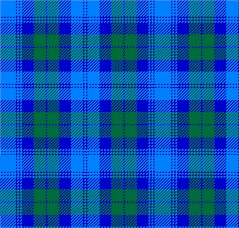 This Sutherland tartan was found in the Fort William Museum. The date is unknown, but it is a variation of the Black Watch tartan with azure replacing the blue and blue replacing the black. 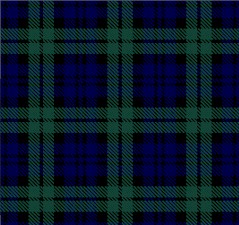 Although similar to Black Watch, the black stripes appear on every blue band instead of every other making it a shorter sett. It appeared in Wilson’s Key Pattern Book of 1819 and there is a sample in the Museum of Antiquities of Scotland in Edinburgh. Both have this as being a Sutherland tartan.

The thread counts and much of this historical information about these tartans was obtained from: